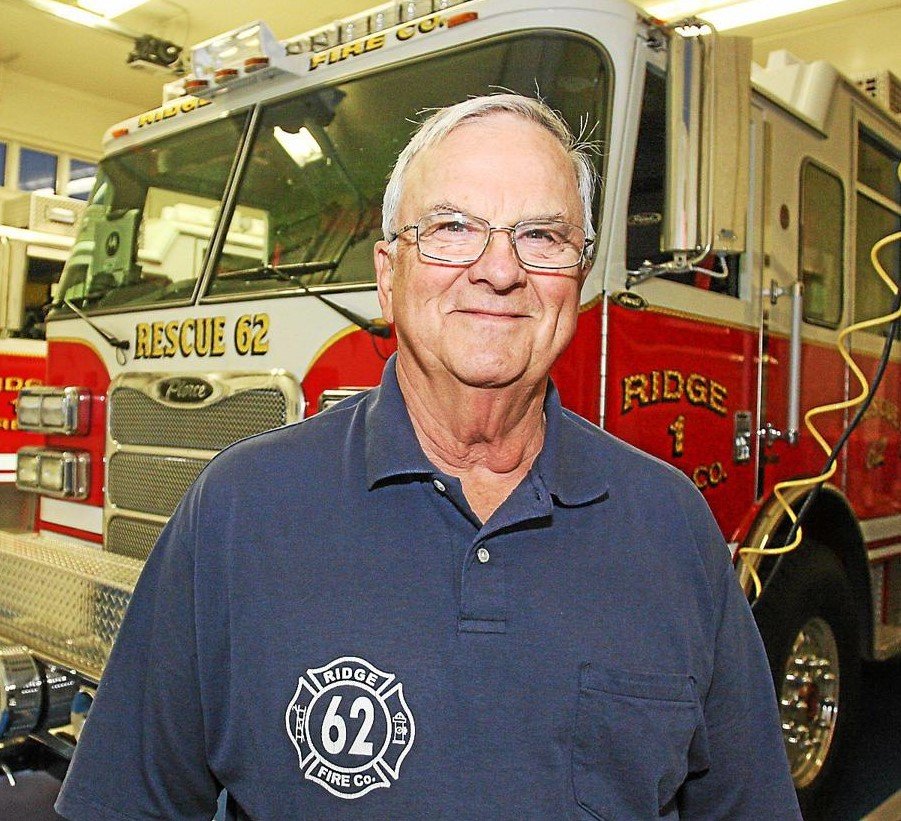 Russell Kolb, loving husband, father, grandpop and brother, greatly impacted many lives as a humble leader to his community, family, and Savior as he worked hard and served well. His story began on January 18, 1937 in the home of Samuel and Helen (Clemmer) Kolb, Spring City, PA where he and his eight siblings grew up. After marrying his late wife, Ruby (Poper) Kolb, 60 years ago on January 10, 1959 in New Mexico, they lived there a few years until they returned to his family farm in Spring City, PA. There they raised their three children: Randy (married to Lisa), Jeanette (married to Brooke Morrison) and Marsha (married to Bryan Weaver.)

A butcher his entire life, Russell owned and operated the Kolb Brothers Meat store from 1980-2002. He also served his community by dedicating 64 years to Ridge Fire Company where he was a first responder, president for over 30 years, a trustee and life member. After many years of service, Russell retired and he and Ruby gave their freest years in happy service to their children and five grandchildren: Melissa, Jansen, Morgan, Larissa and Jessica. For enjoyment, Russell was an avid woodworker, morning walker, hunter, traveler and skier, and whose greatest joy was spending time with his family, especially at the Kolb cabin. Most importantly, Russell served and worshiped his Savior each morning as he read his Bible and lead the family in prayer up until he went home to worship Jesus for all eternity on Saturday, November 9, 2019.

A viewing will be held on November 22, 2019 from 6-9 PM and November 23 from 9-11 AM with a celebration of life service following at 11 AM at Hopewell Community Church, 1130 Commerce Dr., Pottstown, PA 19464. Burial will be immediately following the funeral service in the Vincent Mennonite Cemetery.

Online condolences and memorial donations can be made at www.sgsfuneralhome.com. All arrangements are being handled by Shalkop, Grace & Strunk Funeral Home, Inc. Spring City, PA.

In lieu of flowers, donations can be made to RescueNet International by going to rescuenet.net where you can give online to support this ministry.