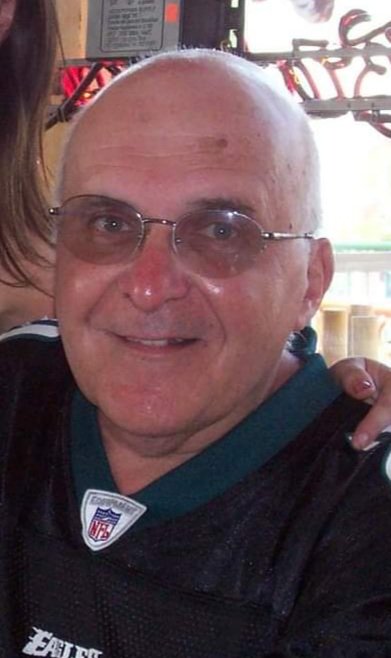 John was born October 31, 1945 in Philadelphia to the late  Harry J.T. McCoy and the late Virginia (Taxter) The youngest of three children, John grew up in Philadelphia.  He became an X-Ray Tech and came to Phoenixville.  He worked at Phoenixville Hospital for 43 years.  Family and friends enjoyed his sense of humor.  Affectionately known as “pop pop” by his grandchildren, John was an overall kind man, loving and an attentive father. In John’s free time he enjoyed coin collecting and days at Rehoboth Beach with his grandsons.

He is survived by his children:  Maggie McCoy Hertzler (wife of Robert) and Sean McCoy and sister:  Nancy Beckmann and grandchildren:  Chase and Justin Luciano

He is preceded in death by his brother:  Harry (Fred) McCoy and brother in law Jorris Beckmann.

In lieu of flowers, donations can be made in John’s honor to Cat Angel Network, A cat rescue organization that helps cats in Chester and Montgomery Counties.  http://catangel.org/meow/donate/

Online condolences can be made at www.sgsfuneralhome.com. All arrangements are private and being handled by Shalkop, Grace & Strunk Funeral Home, Inc. Spring City, PA.