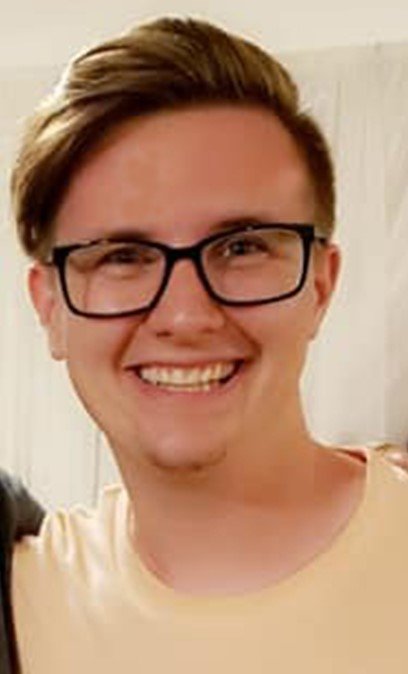 Daniel was born in Dunedin, Florida on October 31, 1999 to Dan Silvers II and Meredith Barker. He moved with his family to Oklahoma in 2003. He later moved with his mom to Las Vegas, Nevada in 2007, where he graduated high school and attended ICLV church. Daniel started his degree in engineering at Arizona State University. In 2018, Daniel moved to Spring City, where he worked as a barista, volunteered with numerous organizations and fundraisers, and helped his bonus dad with film editing and website design.

Daniel was an adventurous soul and loved a good prank. His best friends “the Johns” and he were always making videos, building projects, creating things, pranking each other and searching for adventures together. One of his favorite things, was pranking his family, especially his dad. In fact, one of the last memories his family holds was him pranking Adam only two days before his passing.The stories of his humor, laughter, wisdom and mischief are endless.

Daniel had big dreams for his life. In addition to wanting to be an engineer, Daniel had co-designed a project for ministry through christian apparel and merchandise that he was extremely excited about. He loved God and felt a strong spiritual connection through praise and worship. He was a talented musician, gifted writer, and an amazing example to everyone he touched, of God’s love and grace. Anyone who met him said he was a light in their world, as he was always optimistic, loving, compassionate and giving.  Daniel was truly an inspiration to all. And to the very end, he held steadfast to his faith and the family is sure that they will see him again one day in heaven.

Daniel also loved to travel. His final wishes were to have a big family reunion and to go to the beach again. Out of respect to his request, the family is planning to hold a private celebration of life at a later date, in order to take him to a California beach one last time.

To The Fullest of the Heart

My image is of unconditional love.

I feel like, there’s too many people out there

Who try to better themselves by stepping on other people.

There are too many people who hate.

It’s the people who love you,

Who care for you,

Who grow with you -

Those are the ones that are the most important.

For me, this is my mom and my grandmother.

Have done nothing but give to me,

And love me to the fullest of the heart.

They want me to just be me.

They have made me into the man I am today.

I’ve learned it from the best.

Very simply, my spirituality is having a relationship with God.

It’s not just that I know the idea of God;

I have a friendship with God.

I’ve been able to look into the eyes of God,

And know this experience.

You don’t just see Him as somebody up on a cross;

You see Him as your friend.

That’s exactly what that is.

To send flowers to the family or plant a tree in memory of Daniel Silvers, III, please visit Tribute Store