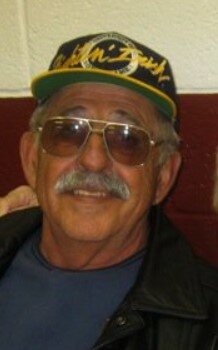 Please share a memory of James to include in a keepsake book for family and friends.
View Tribute Book

James J. Roskos passed away on Thursday September 30, 2021 at the age of 81.  Jim was born in Phoenixville and lived his entire life in Phoenixville.  He was part of the second graduating class at the former St. Pius X in Pottstown in 1958.   He worked for over 35 years for Bell telephone / ATT and retired in 1999.   He was a member of the Knights of Columbus and a life member of Chester Valley Sportsmen Association.   Jim served in the Army Reserves Communications department from 1962 to 1968.   He loved his Notre Dame football in good times and bad.  He coached Football and Basketball at PMYC and was a member of the Board of Directors for many years.  He also coached baseball for the Phoenixville little league.  He loved going down the Jersey Shore and spending time at their campground.  He enjoyed trout fishing and crabbing at the shore.  Jim cherished his friendships and always looked forward to their annual trips to an assortment of tropical islands with their group of friends.   Jim was always quick with a joke and told many throughout his lifetime, he just wanted everyone to laugh and be happy.

Jim is survived by his wife of 58 years Joan (Pomian) whom he loved and adored; they were 5 days shy of their 58th wedding anniversary.    Along with the many friends, cousins, nieces, nephews, brother in laws and sister in laws he is also survived by his children; son James M. Roskos and wife Linda (Walsh), son Michael F. Roskos and wife Salena (Cooney), daughter Michelle E. Holloway and husband George, son Daniel J. Roskos and partner JoAnn Debiasio.  He was the typical doting Grandfather to his Grandchildren, Jamie, Jimmy, Cecilia, Michael, Danny, Christopher,  Sam Holloway and Nigel Walker, attending every sporting, school event or graduation they may have been involved in.   He was preceded in death by his father and mother, George and Mary (Banjack Klimcho) Roskos, sister Elizabeth (Betty) and brother in law John (Jack) Moran.

lieu of flowers, donations can be made by check and sent to Chester Valley Sportsmen Association, P.O. Box 7 Malvern, Pa.  19355.

Arrangements are being handled by the R. Strunk Funeral Home 400 Main Street, Phoenixville Pa. 19460. Viewing is Wednesday evening October 6 from 6:00 P.M. to 8:00 P.M. in the Funeral Home.  A Funeral Mass will be Thursday, October 7 at 11:00 at St. Ann’s RC Church, Phoenixville with additional viewing at 10:00 A.M. Burial will be at St Ann’s Cemetery.

Online condolences can be made at www.Rstrunkfuneralhome.com