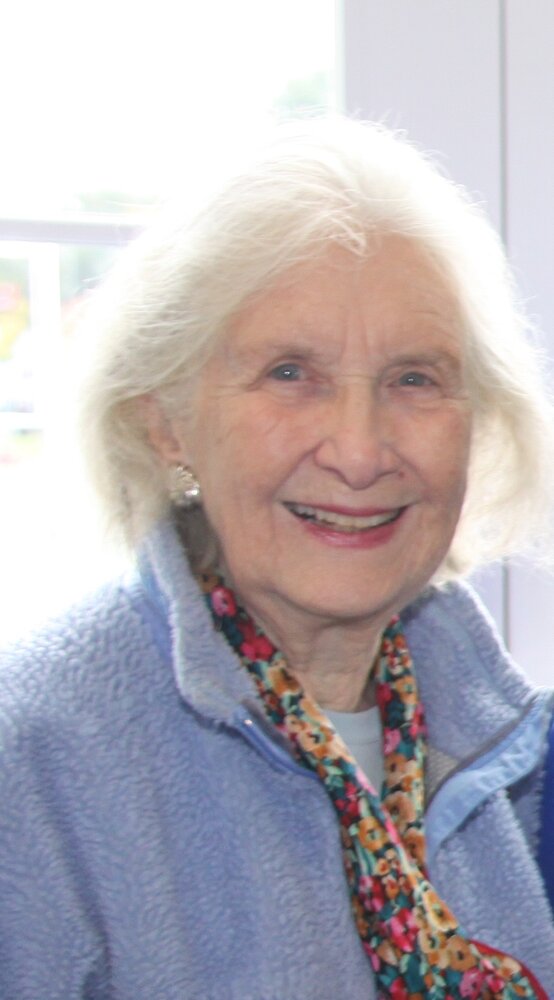 Please share a memory of Doris to include in a keepsake book for family and friends.
View Tribute Book

Eternal optimist could not adequately describe Kerry.  She saw the best in all people and brought cheerfulness, love, joy and kindness to all who met her.  Almost everyone who met her immediately considered her a good friend. Helping others brought her her greatest joy, whether it was working on the Obama campaign, volunteering for The Home of the Sparrow or buying a gift for a new friend.  Her family and friends will miss her terribly.

She was born (December 1, 1924) and raised in Cambridge England where she attended the Perse School.  She became a nursing aide during World War II and met Frederick Norman Dibble, the love of her life, at an officer’s club dance.  They married in England and she traveled alone by boat to the United States on the Mauretania while he completed his Air Force tour of duty as a B-17 pilot.  She continued her connection to her homeland through many decades of involvement with the Daughters of the British Empire.

After raising three daughters, Kerry became the Volunteer Director at Magee Rehabilitation Hospital where she facilitated development of patient and family resource and support programs, as well as a horticultural therapy program. She served as President of the Pennsylvania Society of Directors of Volunteer Services and received their highest award for her years of service at Magee.

You are invited to attend the Memorial service for Kerry on Saturday, November 20th at 1pm at Saint Peter's Church in the Great Valley.  A reception at the church will be immediately following the service.  If you are unable to attend the service in person, you may watch it live at: https://www.youtube.com/channel/UC-bMkWL8Uo1pVuznnGc2NsQ In lieu of flowers, please consider making a donation to The Home of the Sparrow, 969 Swedesford Road, Exton, PA 19341.