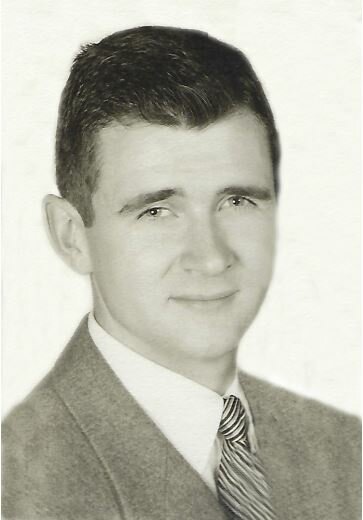 Please share a memory of Howard to include in a keepsake book for family and friends.
View Tribute Book

Howard Wittwer Hinkley passed away peacefully in Pennsylvania on January 21, 2022. He was born Aug. 31, 1927 in Chicago. After his father died in 1934, he moved into his grandfathers’ house in Syracuse where he resided until he joined the US Navy in 1945. He was stationed in Guam as WWII ended. While living in snowy Syracuse he learned to ski, and continued to ski for over 60 years. He graduated from Syracuse University in 1950 with a degree in Chemical Engineering.  Howard learned to row and spent summers rowing and swimming at the family house on Lake Ontario. He was awarded ‘most outstanding junior’ on varsity Crew at Syracuse and was a member of Psi Upsilon. After graduation Howard married the love of his life, Dorothy Osborne. Together, they raised three daughters and traveled the world while he worked for 40 years with ARCO Polymers. Howard played tennis, was an avid sailor, and enjoyed scuba diving. Among his favorite times were driving his daughters to their swim meets. In retirement, Howard and Dorothy split their time between Pennsylvania, Nevada, and the Florida Keys while they continued to travel and explore, often bring children and grand-children along. They visited all 7 continents and continued traveling, hiking, and exploring well into their 80s. He is survived by his three daughters Janet Bright, Margee Hayes, and Dorsey Hinkley, his eight grand-children and twelve great-grand children. Noted for his friendship, patience, and generosity, Howard was a true gentleman of the Greatest Generation.

All arrangements are private and being handled by the R. Strunk Funeral Home. Online condolences can be made at www.rstrunkfuneralhome.com

Share Your Memory of
Howard
Upload Your Memory View All Memories
Be the first to upload a memory!
Share A Memory