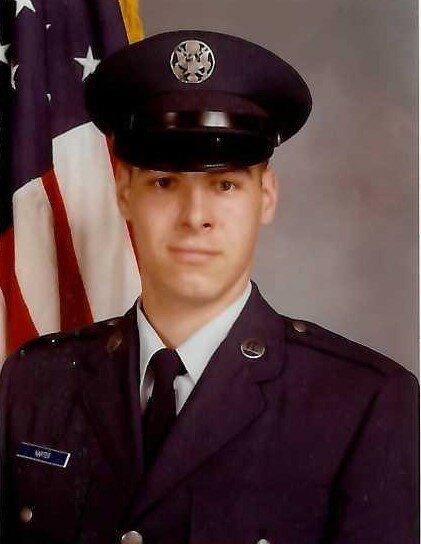 Please share a memory of Jim to include in a keepsake book for family and friends.
View Tribute Book

James A. Harter of Gilbertsville passed away in Einstein Medical Center of Philadelphia on March 21, 2022.  He was 60.

James, affectionally known as Jim, was born to Jan (Brunner) Griffith and the late Raymond D. Harter Jr in Pottstown in 1962.  After graduation, Jim joined the United States Air Force, proudly serving until 1986.  He was an avid reader of mystery novels, loved the outdoors, especially golfing and fishing but nothing had his affection like his wife of 17 years, Rania.

Jim leaves behind the love of his life: Rania, daughter: Hannah, two sisters: Connie Crosby and Wendy Armentrout and his mother: Jan (Brunner) Griffith.  He was preceded in death by his father: Raymond Harter and brother: Dan Griffith.

At the request of his family, services will be privately handled by Shalkop, Grace and R. Strunk Funeral Home of Spring City.

To send flowers to the family or plant a tree in memory of Jim Harter, please visit Tribute Store