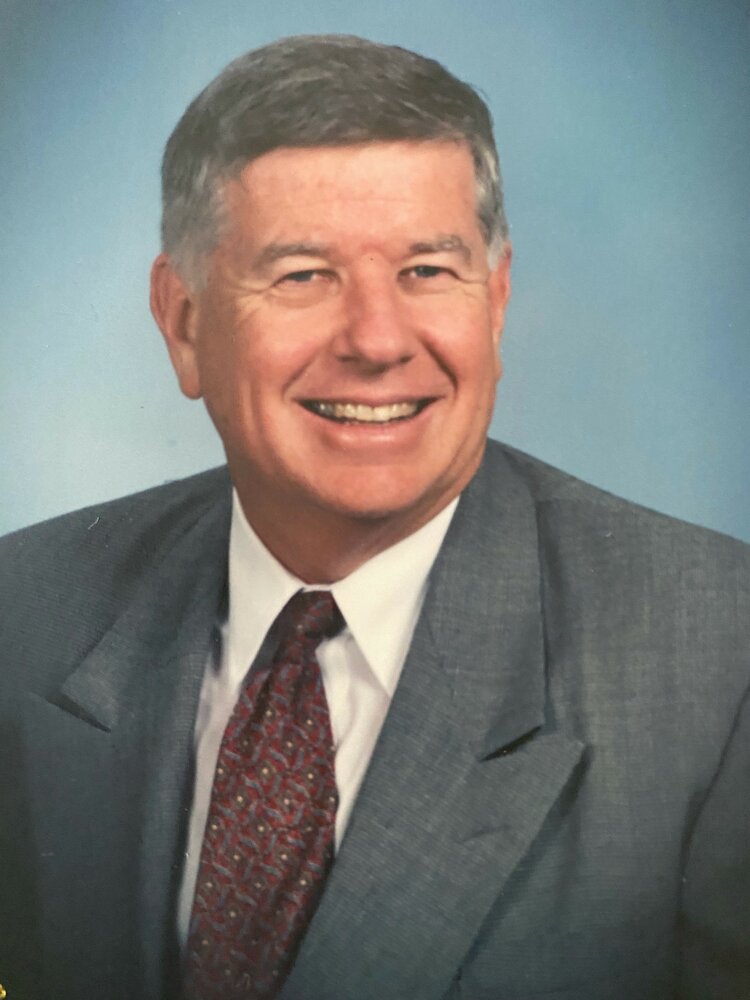 William J. Carr of Collegevile, formerly of Lansdale, passed away on Friday, April 8, 2022 at home with his wife by his side. He was 81. William John Carr was born the only child to the late Vincent and Margaret (Morris) Carr on October 9, 1940 in Pottsville, Pennsylvania. While he was still quite young, the family moved to Norristown where he graduated from Norristown High School in 1958 and then Bryant College in Rhode Island in 1961. Bill went on to serve in the United States Air Force from 1963-1969. He met and married the love of his life, Beverly Douglas, in June of 1965, and they went on to have two daughters of their own.

Bill was employed with MG Industries, formerly Burdett Oxygen, for 33 years where he retired in 2002 as Chief Financial Officer. He enjoyed playing church softball in his younger years and more recently spent time playing golf.  After retirement, Bill and Beverly enjoyed spending time at their home in Sarasota, Florida. He loved spending time with his five Grandchildren and attended all of their games, events, and activities.

Bill leaves behind his wife of 57 years Beverly, two daughters, Beth and her husband Doug Mininger of Quakertown, and Renee and her husband Alan Bickel of Harleysville; five grandchildren Kelsey and Austin Mininger, and Paige (Ryan Blaschke), Trevor, and Tori Bickel. He was survived by five brothers-in law, and two sisters-in-law, their spouses and numerous nieces and nephews. He was preceded in death by a brother-n-law, Durrell Douglas.

Services will be held on Saturday April 16th at R. Strunk Funeral Home 400 Main Street, Phoenixville, PA . A viewing will be held from 9:00AM to 10:30AM with the service immediately following.  Military honors and a burial will be at the George Washington Memorial Park, 80 Stenton Ave. Plymouth Meeting, PA 19462.

Online condolences can be made at www.rstrunkfuneralhome.com.  All arrangements are being handled by the R. Strunk Funeral Home.

To send flowers to the family or plant a tree in memory of William Carr, please visit Tribute Store
Saturday
16
April

Look inside to read what others have shared
Family and friends are coming together online to create a special keepsake. Every memory left on the online obituary will be automatically included in this book.
View Tribute Book
Share Your Memory of
William
Upload Your Memory View All Memories
Be the first to upload a memory!
Share A Memory
Send Flowers
Plant a Tree