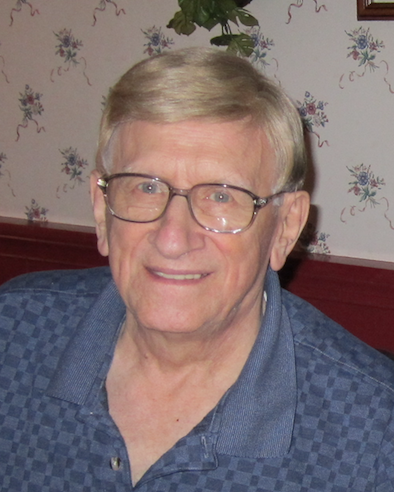 Prior to the Service

Prayer Service and Celebration of Life

Please share a memory of Ralph to include in a keepsake book for family and friends.
View Tribute Book

Ralph J. Dispigno, Jr., restaurateur of Ralph’s Italian Restaurant in Philadelphia and affectionately known as “Unc” to his beloved family and staff, passed away peacefully, surrounded by his loved ones, on Saturday, July 16, 2022.

Ralph was one of six children born in Philadelphia to the late Ralph (Rafael) Dispigno, Sr. and the late Mary Dispigno (née Travaglio).  He was married to the love of his life, Mildred Dispigno (née Fanelli), for 59 years, until her passing in 2009, and was the loving father of his daughter, Karen Castagna (Doug) of Chester Springs, and adoring grandfather of his granddaughter, Courtney Castagna, both of whom survive him.  He is also survived by his sister, Elaine Dodaro (“Bobby”), along with many nieces and nephews.  He was preceded in death by four siblings - Michael Dispigno, Catherine Fortunato, Frank Dispigno and Eleanor Montella.

Ralph spent over 75 years, essentially his entire adult life, in the family business, often working seven days a week and late into the night in his younger days; no one was more committed to the restaurant.  He started working there in his teenage years and his progressive roles ran the gamut, from busboy to waiter to head chef to owner/restaurateur.  Never one for attention, he preferred to be “on the ground” in the kitchen or service bar and otherwise stay in the background and let others have the spotlight – He was a modest man.  As he aged into his “twilight years,” he continued to make his presence known several days a week in the kitchen at the S. Philadelphia location, and customers continued to seek him out.  To know him was to love him; he was a gentle and thoughtful soul.  As late as early 2020, when he was 91 years old and no longer able to drive a vehicle on his own, he was still making his way to the restaurant three days a week with the assistance of a trusted driver and friend.

As much as he was dedicated to the restaurant, he was just as committed to his family – He truly was a family man.  In fact, despite his exceptional work ethic, from the time his only grandchild was born, he set aside a day every week to see and spend time with her.  In his eyes, she was “the best” at everything.  He was equally proud of his daughter Karen, regularly bragging about her career and cooking skills.  Apparently, the apple truly didn’t fall far from the tree.

An opportunity to share memories and remembrances will be available at his Prayer Service and Celebration of Life on Friday, July 22, 2022, at 11:00 AM at the R. Strunk Funeral Home, 400 Main Street, Phoenixville, PA 19460.  A viewing will be held on Thursday, July 21, from 6-8 PM and Friday morning prior to the service from 9-11 AM at the Funeral Home.  Interment will follow immediately at Arlington Cemetery, Drexel Hill, PA.  In lieu of flowers, donations may be made to the Community Hospices of America Foundation, c/o Holisticare Hospice holisticarehospice.org

Online condolences can be made at www.rstrunkfuneralhome.com. All arrangements are being handled by R. Strunk Funeral Home, Inc., Phoenixville, PA.

Share Your Memory of
Ralph
Upload Your Memory View All Memories
Be the first to upload a memory!
Share A Memory