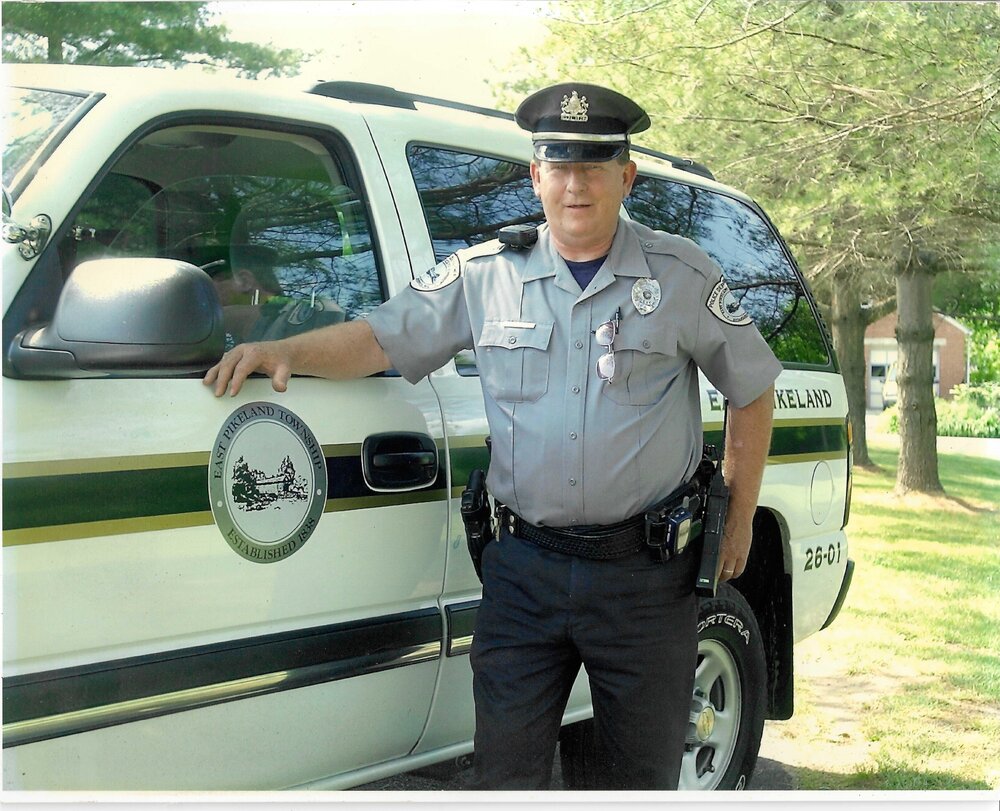 Please share a memory of Richard to include in a keepsake book for family and friends.
View Tribute Book

One of four children, Richard was born June 13, 1956 in West Chester to the late James  and the late Virginia (Lineker) Fagley. Affectionately known as "Rick", Rick graduated from Concord High School in 1974 .  A man of action, Rick served in Germany during the Vietnam War where he served our country in the Army as a MP.  His skills and ability allowed him to work in Law enforcement for over forty years.  He worked for the Delaware State Police, the Federal Government, and locally with West and East Pikeland Townships.  He loved to serve people and was a member of the Aston Beachwood Fire Company and State constable out of Chester County.  A long time Spring Ford resident, He and Mae lived in the Spring Ford area from 1997 to the present.  He ran for and won the position of Mayor of Spring City in 2000.

A Memorial service with Fraternal Order of Police and a Military Honor Guard will be Friday, October 21, 2022 at 11 AM at the Shalkop, Grace & Strunk Funeral Home.  Friends and family are welcome to visit prior to the service on Friday, October 21 from 9:30 – 11:00. In lieu of flowers to FOP lodge 11 West Chester: http://chestercountyfop.org/

Online condolences and memorial donations can be made at www.sgsfuneralhome.com. All arrangements are being handled by Shalkop, Grace & Strunk Funeral Home, Inc. Spring City, PA.

Share Your Memory of
Richard
Upload Your Memory View All Memories
Be the first to upload a memory!
Share A Memory