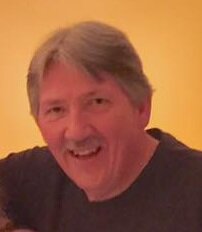 Please share a memory of Thomas to include in a keepsake book for family and friends.
View Tribute Book

Thomas Startzel, 65,  passed away suddenly on Tuesday December 13, 2022 in the Phoenixville Hospital, surrounded by his family.

He was born October 25, 1957 in Coledale, PA to the late William and Lois (Wall) Startzel.

A 1975 Spring Ford High School graduate, Thomas spent most of his life in the Spring Ford Area.  After high school, Thomas enlisted in the Marines, where he served honorably.  Active in sports as a teen he was part of the 1973 Spring Ford Rams football and wrestling Ches-Mont championship teams. His love of sports continued as he coached Youth baseball for his son. Later in life Tom developed a passion for golf and played numerous rounds with friends and family or as part of the Oaks and Boyertown Golf Leagues.  He also loved to unwind at the casinos or cheering on the Philadelphia Eagles and Phillies.  A machine operator for Penco Products and the former Uniform Tubes, Thomas retired and continued to give back by his involvement in the Trappe VFW 7155 and Birdsboro American Legion 626.

Thomas always had a smile on his face and was friendly to everyone he met.  He will remain forever in our hearts and will be deeply missed by everyone whose life he touched.

Relatives and friends are invited to attend his memorial service at R. Strunk Funeral Home, 400 Main Street, Phoenixville, PA on Tuesday, December 20th, 2022 at 11:30 AM with Rev. Janelle Krais officiating.  A visitation will be held from 9:30 AM to 11:30 AM, prior to the service.

Military honors and burial will be immediately following in the Limerick Garden of Memories.

An obituary and online condolences can be found  at www.rstrunkfuneralhome.com. All arrangements are being handled by R. Strunk Funeral Home, Inc Phoenixville, PA.

To send flowers to the family or plant a tree in memory of Thomas Startzel, please visit Tribute Store
Tuesday
20
December

Visitation at the funeral home

Look inside to read what others have shared
Family and friends are coming together online to create a special keepsake. Every memory left on the online obituary will be automatically included in this book.
View Tribute Book
Share Your Memory of
Thomas
Upload Your Memory View All Memories
Be the first to upload a memory!
Share A Memory
Send Flowers
Plant a Tree