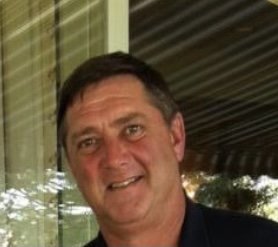 Please share a memory of Gerald to include in a keepsake book for family and friends.
View Tribute Book

Rick was born in Pottstown, PA, to Doris (Spohn) and Gerald E. Dotterer. He went to Pottsgrove High School and graduated in 1975. After graduating, he began working alongside his father at Dotterer Auto Body in Pottstown. Rick developed a love for fixing cars, so when his father retired, he continued the business and eventually moved to Royersford. Rick was active in the Coast Guard Auxiliary and Masonic Lodge. He enjoyed fishing, boating, hunting, and snowmobiling. Ricks favorite thing to do was spend time outdoors with his grandchildren.

Rick is survived by his companion of 30 years, Renee Harris, of Schwenksville, children, Mindy Clark (wife of Mark), of Collegeville, and Scott Harris (husband of Melissa) of Spring City, and his loving grandchildren, Rayanne, Nicholas, and Jacob. He is also survived by his father, Gerald E. Dotterer, of Boyertown, brother Randall Dotterer (husband of Vicki) of Boyertown, and brother Robert Dotterer (husband of Lori), of Reading. He was preceded in death by his mother, Doris Dotterer, and brother, Ronald Dotterer.

Memorial contributions can be made to Paoli Hospital in Rick's name. The family wishes to express their gratitude to the staff at Paoli Hospital for their exceptional care.  All arrangements are private and are being handled by Shalkop, Grace & Strunk Funeral Home.  Online condolences can be made at www.sgsfuneralhome.com.

Share Your Memory of
Gerald
Upload Your Memory View All Memories
Be the first to upload a memory!
Share A Memory